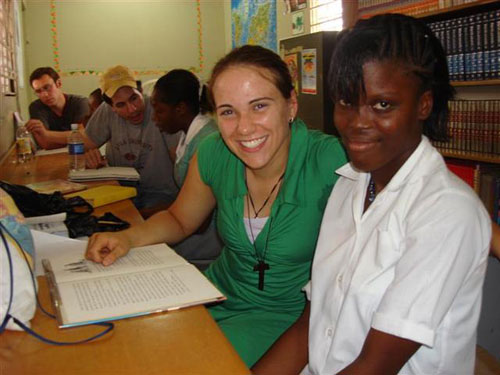 Learning to adjust to the unwritten rules about what you can and cannot do abroad is part of the Cultural Adjustment process.  Femme-presenting folks and women can provide support for each other, and former students suggest that you get together several times early in your stay to talk about how to deal with the unwanted attention. U.S. women and femmes are seen as “liberated” in many ways, and sometimes the cultural misunderstandings that come out of this image can lead to difficult and unpleasant experiences.

While it is more easily said than done, try to learn about the messages you may be unintentionally communicating. Appropriate behavior for young women and femme-presenting people varies from culture to culture, and even within a single culture. Some cultures have well-defined gender roles, while others restrict certain activities for women. You may find that behavior and dress that are acceptable in major cities are inappropriate in rural areas. Sometimes, though, just the opposite is true, and behavior is more relaxed outside of metropolitan areas.

Observe how local women and femmes your age act and dress, and try to do likewise insofar as you are comfortable. Observe the locals; see how they react to certain situations by avoiding and turning away unwanted attention. However, if your intuition tells you a situation is dangerous, then act as if it is. Your safety and well-being is the top priority; you have every right to remove yourself from situations that make you uncomfortable or feel dangerous. Adapting to this aspect of a new culture can be unpleasant, frustrating, challenging, or scary and to some extent, these feelings are simply part of cultural learning. But remember to always take precautions to keep yourself safe, be aware of your surroundings, and trust your instincts.

Loyola student perspectives
I experienced some verbal and physical harassment from men because of my gender. They ranged from mild flirtatious comments said by someone in a low voice as I passed him on the street to being groped in dance clubs. My advice to other women going to Latin America is to do what local women seemed to generally do; ignore it. While it may be tempting to react, it probably would do no good.


For women, I would say to be extra careful and safe especially if you are going to a country where you look very different from the local people. Being a foreigner and a woman, you will get a lot of attention so just take note of your surroundings and be aware. You can definitely have fun but you have to be more careful than you would in the States.
Loyola student in Mexico City, Mexico